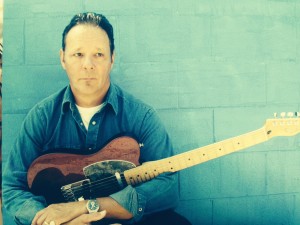 This month, the show will be in Orange County at McCormick & Schmicks Pilsner Room, Irvine CA.

Fun to move to!

Chris developed his talent as a singer/song writer. His songs tell stories about everyday lifeand paint aural portraits of America.

Chris is a singer-songwriter and as an ASCAP member, Chris has sold numerous songs to movies and television.

With his band Deluxe, Chris has been the house band Monday nights at House of Blues in Hollywood for the last year.

He bounces back-and-forth between playing in LA and Louisiana and Texas.
As a long time Hollywood actor, Chris has done over fifty film from RAMBO to CAPT. PHILIPS to BROKEN TRAIL to TWIN PEAKS to BOARDWALK EMPIRE.
They have played the Los Angeles area from the beach to Hollywood, The House of Blues, Hollywood to Rusty’s, the Ruskin Theater in Santa Monica

and Saint Rock in the South Bay.

Chris played Austin to Chicago to Harrah’s in Omaha for the CSI Cancer benefit.

They played Mardi Gras in LaFayette and will be back next year,

Chris has produced seven CD, and are radio ready! 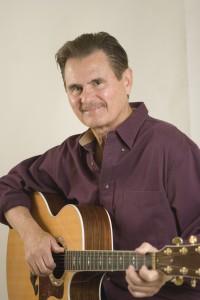 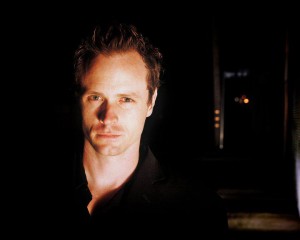 Dan Franklin is a Los Angeles based producer/songwriter/composer/multi-instrumentalist. Originally from Ukiah California, Dan moved to L.A. to finish his bachelor’s degree in the heart of the music industry. Throughout the years, Dan has amassed a diverse list of clients and credits.

Dan’s most recent endeavor, ‘The Best Ride of Your Life’ is a full length album funded by a very successful Kickstarter campaign. This collection of 13 original songs was recorded globally in studios like Abbey Road, East West, and Martin Sound. Dozens of musicians grace this album with their performances, including session giants Vinnie Colaiuta, Wayne Bergeron, and Andy Martin.

As a multi-instrumental performer, he’s spanned every genre, playing with everyone from Slash to Leann Rimes on every stage from Disneyland to the Grand ‘Ole Opry. In addition to playing well with others, Dan also has his own project, ‘Dan and Leland’. Featuring guitar monster Leland Jackness, the duo has just released their fourth album which which serves as the soundtrack to a full length graphic novel they created.

Alan Roy Scott, a top Hollywood songwriter and music producer, began his career with Screen Gems-EMI Music, a division of Motown, where he was involved with Smokey Robinson, The Temptations and Stevie Wonder.

But Alan is more than a commercially-successful musician and songwriter. He has a powerful vision: to unite a world community bonded by the creation of music.

With his “Music Bridges A.T.W.” events, he has created original events around the world. In the late 80s he initiated “Music Speaks Louder Than Words,” the historic summit of US and Soviet songwriters which included artists Diane Warren, Brenda Russell, Cyndi Lauper and Michael Bolton. Then, “Country and Eastern” featured a collaboration of American, Romanian, Czech and Slovakian songwriters. “Pacific Harmony” was a musical excursion to south Asia, with artists from Indonesia, China, Vietnam, Malaysia, Thailand, the Philippines and Australia, where Alan was joined by The Scorpions, jazzman Dave Koz, The Nelsons, Victoria Shaw, Steven McClintock, hit smith Allan Rich and more.

Alan brings a unique and interesting look at the creative side of the music business to the table and continues to push the limits of the songwriting world. 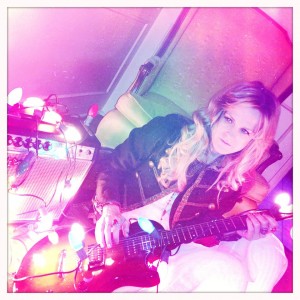 Cherish Alexander has a magical pen that dips into the dark crevices of the human heart that often haunt us.

She draws strength from her experiences and exposes the raw emotions of her soul through her songs. “Songwriting has always been a natural process for me,” she reveals. Cherish began singing and playing the piano at age seven and playing bass and guitar since age 13.

Early on Cherish landed a multi-album deal with major label RCA/BMG and publishing powerhouse Warner-Chappell. This partnership enabled her to hone her instinctual gift for songwriting.
She has collaborated with songwriters such as John Shanks (Goo Goo Dolls, Jane’s Addiction and Alanis Morrisette), Gregg Alexander (New Radicals) and Billy Steinberg (Madonna, Demi Lovato). Since then, she has written seven successful records and has recorded and toured nationally with many different bands. Her repertoire includes three albums as lead singer with the Los Angeles based rock band the Painkillers, as well as two solo albums “Fallen Awake” (distributed in Europe on XYZ Records) & Broken Open. Her last album was on Red Queen Music with Paul Roessler in a duo called ‘Forever My Love No More’. Her music has been used in TV and film soundtracks like “The Crow”, E! Entertainment TV, Lifetime Televison & covered by the pop artist Tiffany. She has written and jammed professionally with lots of different artists including playing lead guitar for Cyndi Lauper.

“Today, my greatest aspiration is to bring the realism of life into music through my own experiences of hope, love, betrayal and faith!” Cherish says! 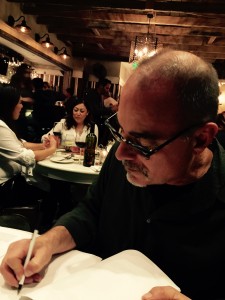 Kevin Fisher is a songwriter…..solid and successful.  He took his skills he learned from singing and writing for the SoCal band Naked to the World, voted Acoustic Band of the Year by the National Academy of Songwriters, and put it into a Gold and Platinum record with country singer Sara Evans, a Gold and Platinum record with the amazing Rascal Flatts, excellent cuts by Uncle Kracker, Tim Rushlow(Diamond Rio), Little Big Town, Paul Anka and more.  He has been a staff writer for some of the most creative publishing companies around…like Hayes Street Music, Pitchfork Music, Courtyard Music, and Warner Chappell.

He is also out there on TV and film with such shows as Brotherhood, Pretty Little Liars, True Blood, Frozen Ground(Nicolas Cage), and soon to be released the Angriest Man in Brooklyn(Robin Williams, Mila Kunis).

Last but not least, Kevin Fisher is the co-author for the musical “Unbeatable: A Musical Journey” which opened in New York in 2009.

Please show our sponsors your support…. 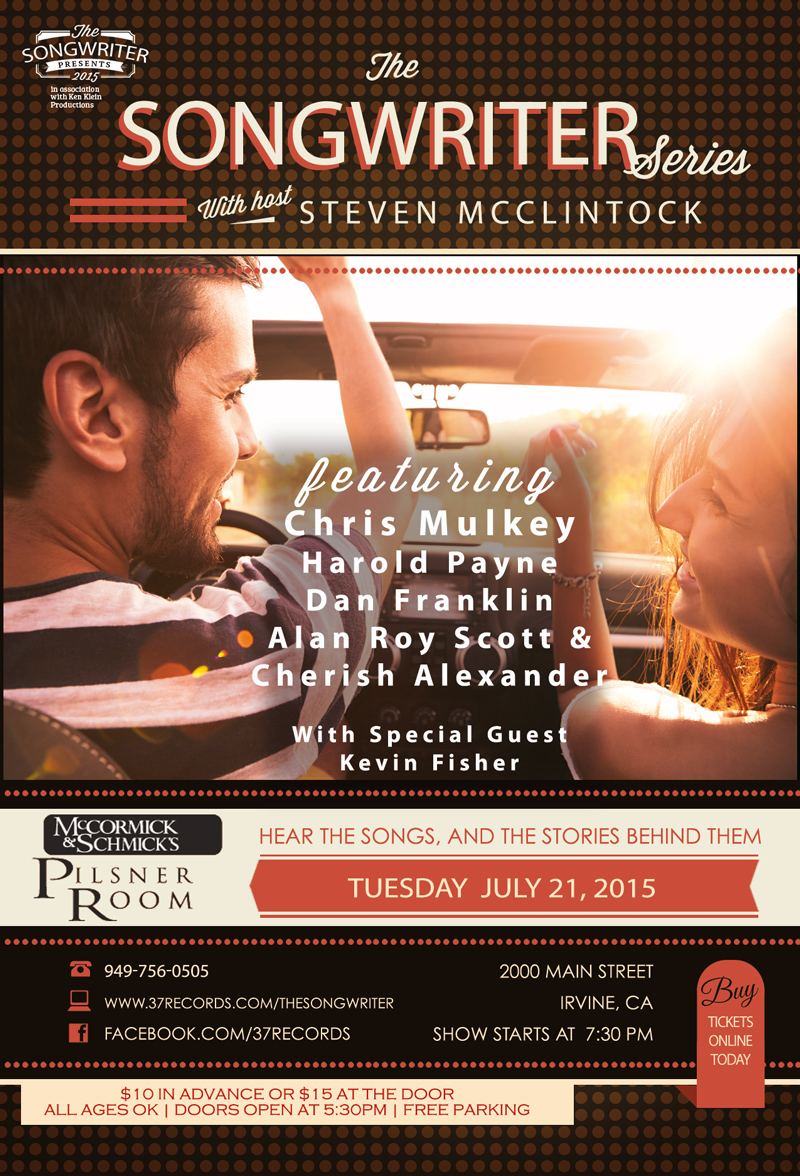